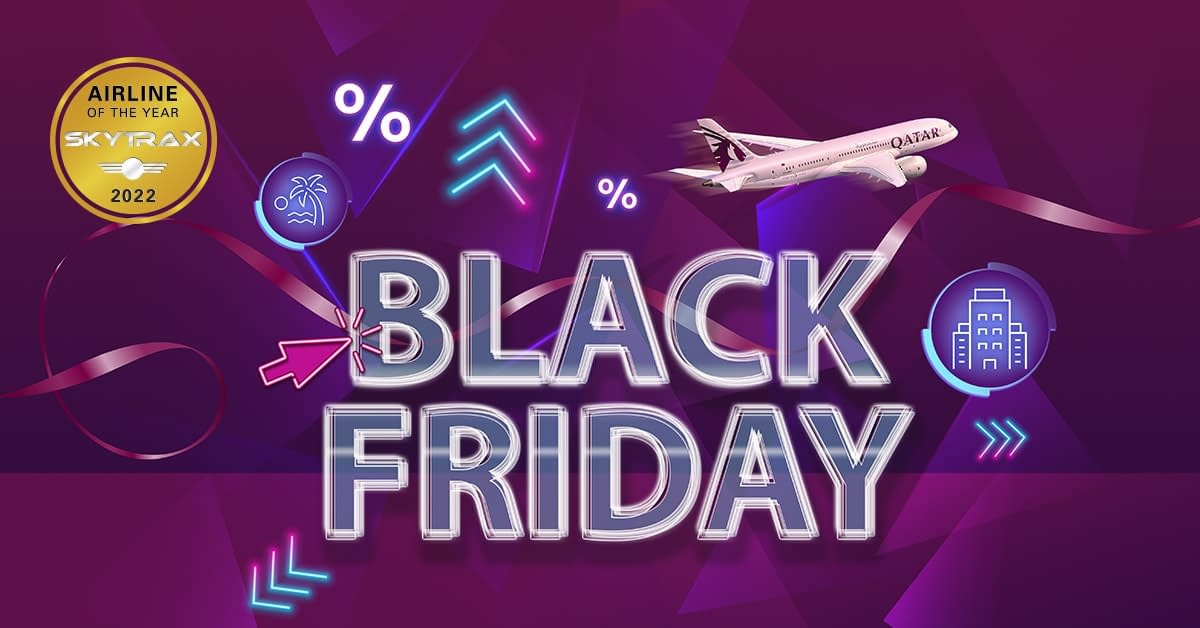 Qatar Airways Black Friday Sale for 2022 offers up to 12% discount on selected routes, both in Economy and Business Class! Qatar Airways has a long history of hopping on the Black Friday train. A couple of years ago I booked a trip to Japan during one of their sales.

Save on a holiday to the destination of your dreams with Black Friday offers from the World’s Best Airline. Start making your travel plans today to experience a journey like no other.

Some of the offers this year:

Here are a few review posts on Qatar Airways. I’ve always had a great experience on the airline, and their Qsuites business class product is just fantastic.

It is that time of the year to look back at what we’ve done and gone through, reflect, and be grateful. Every year I write a short post summarizing my trips and this time will be no different. Here’s my 2022 year in review: a recap of all my trips and destinations.

Reuters reports that Norwegian air will likely run out of money in about two weeks. IMHO, Norwegian has been doing a great job as an airline, re-defining low-cost travel at really affordable fares, with good comfort on their (new) planes. Flying their 737s equipped with free wifi regionally, and 787s internationally is great compared to other (even non-lowcost) European airlines.

I really hope they can figure something out to avoid going bankrupt.

SAS is going through tough times. Following their pilots strikes during the holiday season, the company has just filed for bankruptcy in the US, and presented a restructuring plan SAS FORWARD. If you have flights with SAS over the summer, keep an eye on alternatives. If you are an EuroBonus member, try burning some points booking flights on Star Alliance: a ticket is worth much more than just the points.

How to use AwardFares? Last year during Black Friday there was a promotion on a tool called AwardFares: a search engine to find award tickets on Star Alliance airlines across all frequent flyer programs. Since the offer was quite aggressive, I decided to jump in and give it a try.

Electricity prices in Sweden have gone wild! You can use this trick of switching to a new company to get a better rate and an initial bonus offer. Fortum is a great alternative, not only offers clean energy, but also 420 sek welcome discount.

I want to help you fly, go on adventures, and travel around the world for (almost) FREE